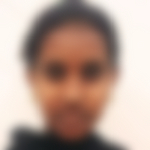 Priya’s cheeks burned with anger, she could no longer feel the pain of the bruises caused by her father’s beating over her hurt deep inside. At the age of 14 Priya could not bear the look at her friends as she was being beaten by her drunken father. She had finished all the work her mother had asked her to do and in spite of that, the beatings rained down on her. The source of her pain was humiliation in front of her friends.

She decided that she couldn’t face anybody again, so that evening when she was alone at home she turned on the stove and let the gas fill the room. She picked up the matchbox to light a fire that would end her life. She didn’t want to live any longer. Just as she was about to light a matchstick she remembered the lesson from her club that clearly talked about suicide. All that she could remembered from the lesson was “Get help from a trusted adult.” So she got up, turned off the stove and went straight to Aunty Phoebe and Uncle John, the leaders of her Club. She cried her heart out and asked them to pray for her. That lesson on suicide saved Priya’s life that day.