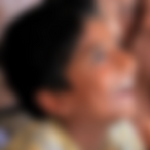 Naveen painfully witnessed his father kill his mother. Several years ago his father overpowered his mother, tied a rope around her neck and hung her. She died as he watched on. His father then ran from the house and has not been seen since. Raised by his grandmother, he was told daily, “Eat your food and grow into a strong man then go find your father and kill him.” When his relatives could no longer support him, they left him at a christian orphanage near Hyderabad where he attended the Jesus Fun Club. The club addresses the emotional needs of children coming from disturbed families.

Three times a week the children meet with “aunties and uncles,” usually couples from local churches, and talk about issues like forgiveness, trust, personal hygiene such as hand-washing, etc.

When Aunty Prasanna (also raised as an orphan) was preparing a session on forgiveness she had an encounter with God about her own bitterness in her heart against her mother who abandoned her as a child in an orphanage and never visited her. “How will you teach children about forgiveness?” God asked, prompting her to deal with her issue first before she shared the lesson with the children. She knelt, prayed and surrendered her bitterness and unforgiveness to God.

Naveen, then 9, listened to Aunty Prasanna share and when she asked, “Do you think you could let go of even a little bit of your pain and anger because you believe that God knows what that person did, and that God will take care of it? He doesn’t want your pain and anger to hurt you.” She offered the children a chance to talk with her or another adult about their pain.

Naveen came forward and told Aunty Prasanna that God had touched his heart. “When I heard about how God loves me and forgives me, I knew he wanted to get rid of my hatred,” he said. “I still want to find my father when I grow up, but instead of killing him I want to tell him that I forgive him and that God is also willing to forgive him”.

Naveen’s heart was transformed by the love of Christ.